NEW DELHI, August 7, 2015 - In February 2015 I moved to New Delhi to become AFP’s South Asia video coordinator. While I had travelled to the region before and did my homework after I got the job, I soon realized that I would have to expect the unexpected.

I didn’t expect that I would land right in time for Arvind Kejriwal’s victory at the Delhi elections. During my first shoot, a jubilant crowd shoved oranges in my pockets and babies in my arms.

I did not know that filming Prime Minister Narendra Modi’s political rallies would involve standing on a wobbly chair for hours under a scorching sun, vainly wiping the sweat dripping into my eyes.

I did not know either that a lift could be down because of “a lunch break”.

That if it is easy to get beautiful shots in India, it is often hard to film them. As soon as I take my camera out I trigger a mini-riot, and it is sometimes impossible for me to break away from the crowd that forms around me. One rule in journalism is to never become the the story, but it is challenging to stick to that in India!

Six months later… I got used to these eyes following me everywhere. It is only fair, they merely stare at me for several - long - minutes while I immortalize them with my camera.

I also got used to seeing the easiest assignement turn into a straining adventure, and to take it with a smile. A trip that should be completed within five hours can stretch into a 10-hour journey on jam-packed, bumpy or half-flooded roads populated by holy cows.

I got used to being asked by everyone, be it my doctor, an Uttar Pradesh villager, an autorickshawallah or a PhD expert, if I am married -- even before they ask for my name. 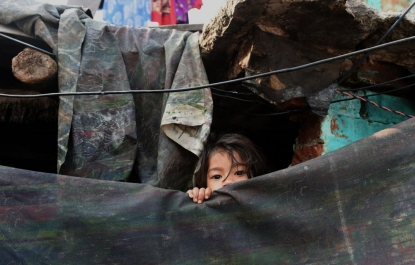 But I have not got used to the sometimes nauseating wealth gap, and to see crippled beggars in rags dragging themselves on the burning-hot pavement in front of air-conditioned restaurants, ignored by the Indian affluent elite, too busy clicking selfies in front of designer boutiques.

I will not forget the smiles stained with paan (betel leaf chew) of farmers fighting to keep their land, the melancholic smiles of girls rolling thousands of bidi cigarettes for a dollar a day in rudimentary huts instead of going to school, the grateful smiles of lepers whose hands I shook during a shoot.

I will not forget either the genuflections of Prime Minister Narendra Modi during International Yoga Day, a day that was everything but relaxing as I had to wrestle with other reporters and security.

I will not forget the countless layers of plastic wrapping that were needed to protect my camera against Holi’s powders, the countless buckets of coloured water that kids poured on me during a Hindu festival, the countless grabbing hands I had to fight off while filming a Hindu priest crossing a giant bonfire in the middle of the night, during another religious celebration. 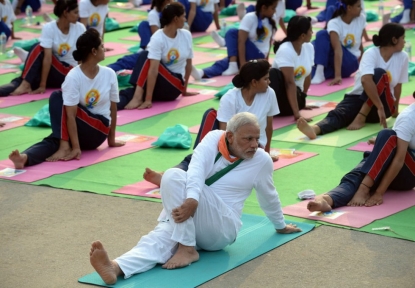 During these six months, I also got to cover for two weeks the Nepal earthquake, which I even felt thousands of miles away on a lazy Saturday morning at my apartment in Delhi. It was not my first disaster coverage, but I will never get used to cover natural disasters.

All these moments, all these faces, do not always find their place in a news agency’s video output. That is why I wanted to gather them in a personal video, in a tribute to a unique and fascinating country that I have barely started to explore and which reminds me every minute that there are still so many brave, resigned or mischievious smiles left to be captured and shared.

Agnès Bun is AFP’s South Asia video coordinator. Follow her on Twitter and suscribe to her YouTube channel. The music in the video is "Cascading" by Vinod Prasanna × Okey Szoke × Pompey. 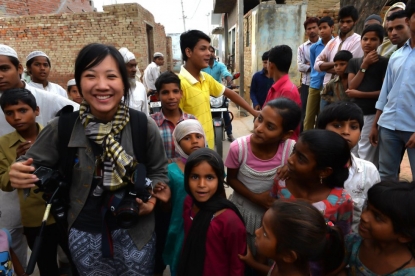